As a part of the ecological compensation measures requested by the State of Valais during the construction of the large highway and hydroelectric projects of Cleuson-Dixence, the Biotope des Epines, situated at the outlet of the Morge into the Rhone, was declared a nature reserve. 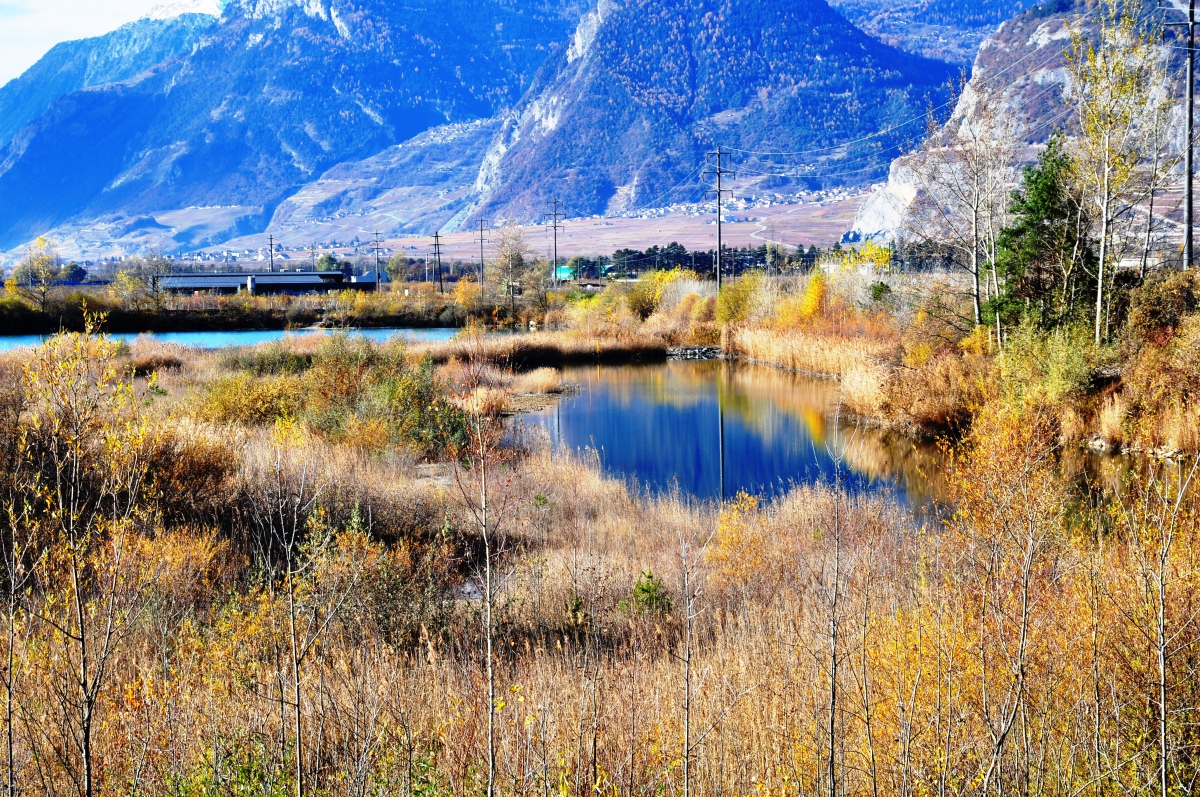 The place is named after the thorny shrubs (Common Sea Buckthorn) that grow there. This is one of the largest protected wetlands in the Rhone valley (15 ha). Its protection is intended to revitalize the biotope in order to create alluvial environments that were characteristics of the Rhone Plain in the past.

The gravel pits extraction area is conducive to the development of exceptionally rich fauna and flora. It has an observatory and several educational boards, which make it a place of relaxation and interesting discoveries. (Access advised via the Rhone embankment).

The Marais d’Ardon (18 ha), vestige of a former branch of the Lizerne river, is one of the few wetlands remaining in the Rhone Plain. It therefore has a key role in the conservation of animal and plant biodiversity associated with this type of environment. It appears in the national inventory of low-lying swamps and sites for breeding amphibians. It was declared a protected area in 2005. 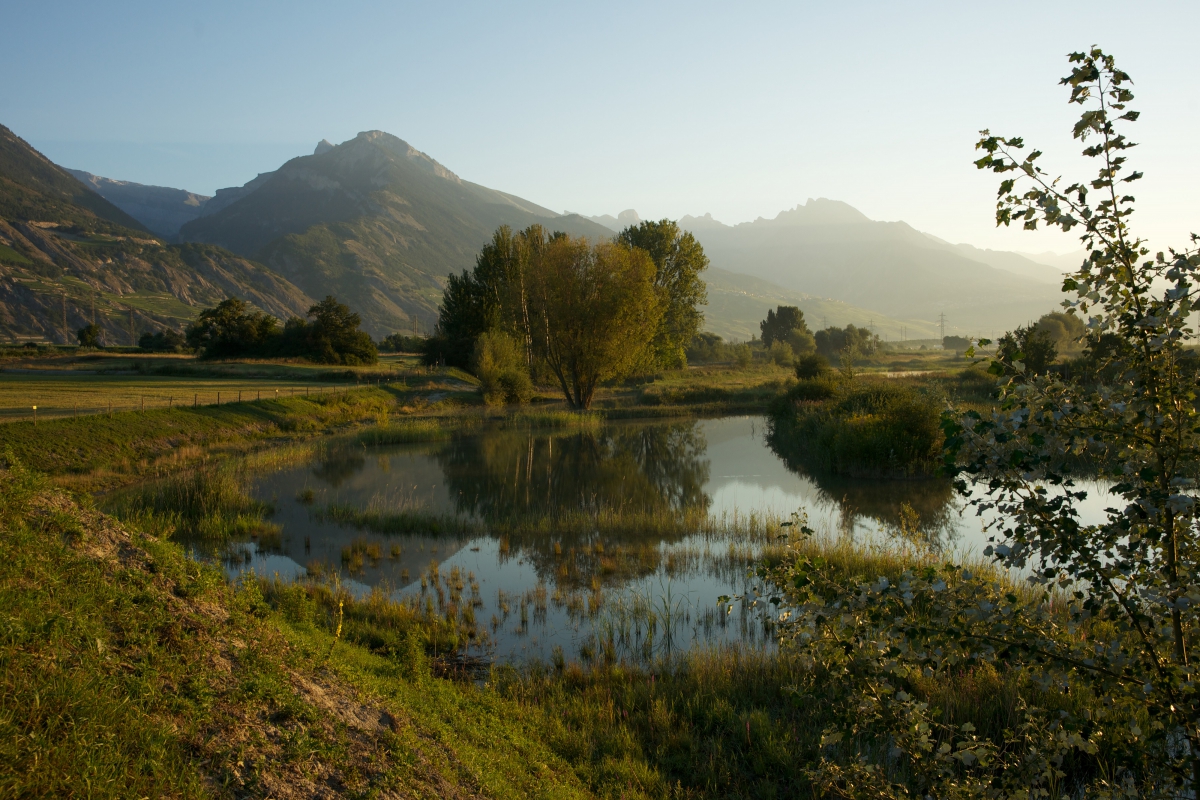 In order to fight against its slow deterioration that threatens the survival of often rare species a revitalizing and development programme was undertaken by the Canton Valais in collaboration with the communes (Ardon and Chamoson) and Pro Natura. We even hope to reintroduce endangered native species such as the white-clawed crayfish. A study is currently underway to set up observation points and a tour of the swamp. Thanks to didactic elements, this tour will educate visitors on issues related to the protection of nature.